Dr. Dre is an American rapper, songwriter, record producer, entrepreneur, record executive, actor, and, audio engineer. He is the founder and CEO of Aftermath Entertainment and Beats Electronics, and was previously co-owner of Death Row Records. 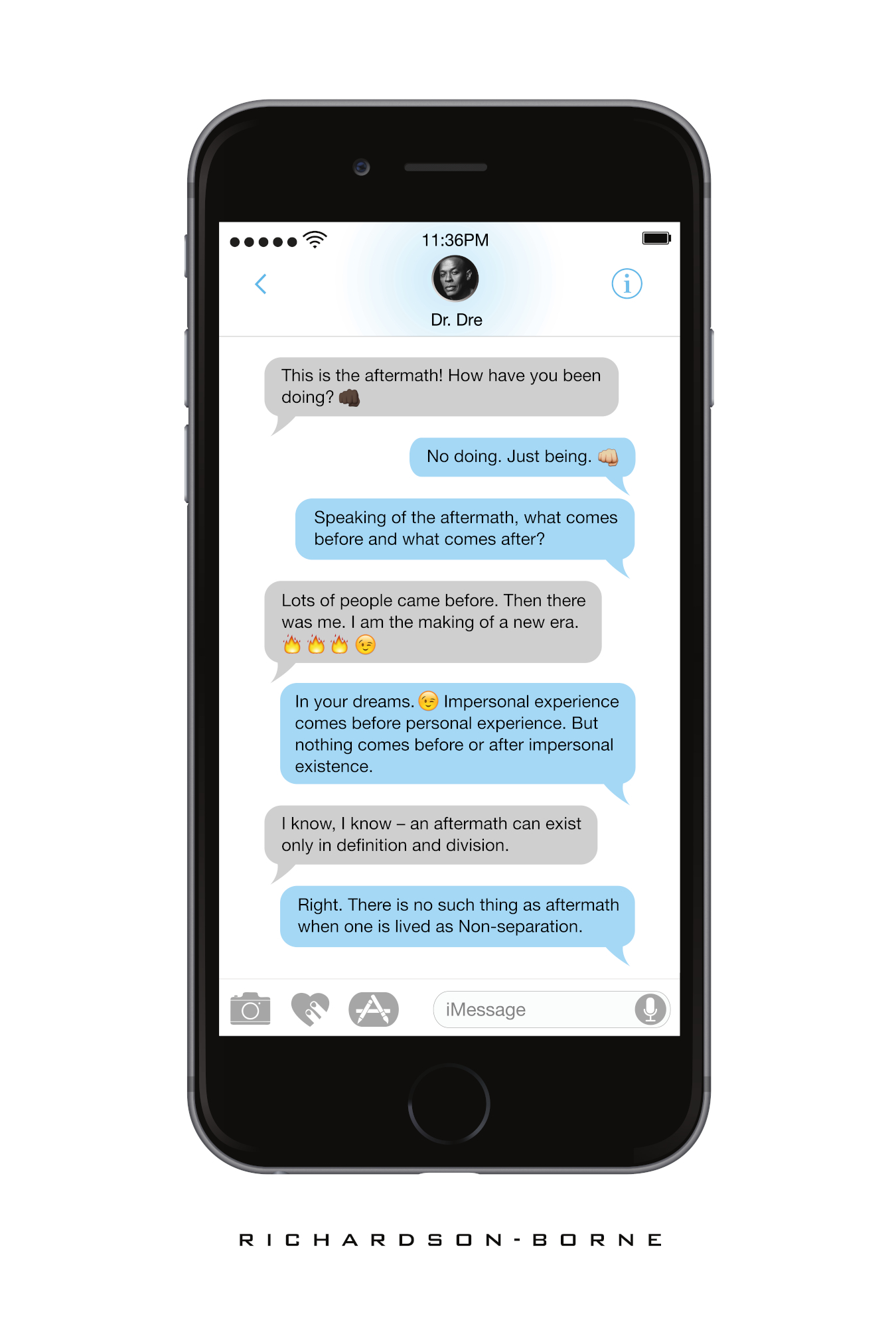 *This is a fictional text exchange written by Michael Richardson-Borne as a teaching of Non-separation.

The Reality of Blame

An Interview with Senator Mitch McConnell

Hi, I'm Michael Richardson-Borne. I am the creator of Applied Awakening & the Path of Non-separation. Learn more about my work by clicking below.

Visit my teaching studio to view lectures on Applied Awakening.